So you know in the opening scene of Breakfast at Tiffany’s, when Holly Golightly is all nomming on that pastry and you’re like, “Someone who looks like Audrey Hepburn would never eat a pastry,” or maybe someone who eats a pastry would never look like Audrey Hepburn…either way, you’re like, “Okay, this movie has lost all it’s credibility, it is clearly a sci-fi flick.” But the point is, some skinny chick is eating a fat girl breakfast and it baffles you, you know? Yeah, WELCOME TO PARIS.

I’m pretty sure pain au chocolat is French for cellulite. Yet you never see a fat French woman.

The French have mastered a look that Kat Bouzianis and I have coined as Hungry Chic, copyright pending. 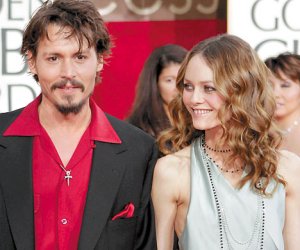 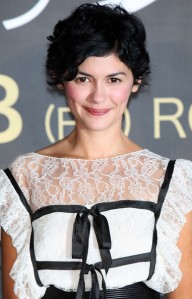 So what’s the deal? The skinny on French women, if you will. Well, people credit it to “portion control,” which I think is true to an extent. For example, there has been a half-eaten chocolate bar in my host family’s refrigerator for almost a week now. There would NEVER be a chocolate bar in my fridge at home. No, not because we’re so skinny that we never eat candy…because it wouldn’t SURVIVE! Do you think anyone in the Bell household would be able to sleep at night knowing there was chocolate in the kitchen? HA.

But really, portion control my (fat American) ass. They must be putting phentermine in the crêpes or something. But fear not, I’m going to get to the (tiny, bony) bottom of the mystery that is Hungry Chic.

This entry was posted in Bein' Frenchy, Salopes Aiment Ceci. Bookmark the permalink.