Serial S2 E6 Recap: This is not Sparta.

If you were wondering how big Bowe Bergdahl’s ego must be to pull a “Jason Bourne” (his words—not mine) in Afghanistan, he answers it in the latest episode of Serial: 380 pages. That’s how long Bergdahl’s statement is about his time in the Taliban’s custody.

Let’s put that into perspective. The Da Vinci Code is 454 pages. Pride and Prejudice: 360 pages. The Hobbit: 304 pages. Bowe Bergdahl’s statement is 4 pages longer than To Kill A Mockingbird. Seems like a lot for someone who was blindfolded for the greater part of 5 years.

In episode 6, Sarah Koenig talks to a lot of guys who knew Bergdahl before he went rogue. By all accounts, Bergdahl was a great soldier. He memorized the handbooks, cleaned his weapons, and brought snacks for his buddies. If the U.S. army were a PE class, Bergdhal was every team captain’s first pick.

One might describe Bergdahl as an introvert, but he insists that he was just playing it safe. He knew that the best way not to rub anyone the wrong way was to stay quiet and keep to himself. He observed from the sidelines. Sarah Koenig says he was the perfect house guest.

If this sounds a little creepy to you, we’re on the same page. Bergdahl basically admits to playing the loner so that he could keep tabs on everyone. He even started smoking so that he could listen in on the other guys’ conversations. I actually can relate to that part. Why should smokers be the only ones who get cig breaks? Why can’t we all get some fresh air every couple of hours? Except Bergdahl smoked a pipe. As Command Sergeant Major Ken Wolf gently told him, “I don’t want to see any more of this Lawrence of Arabia shit.” 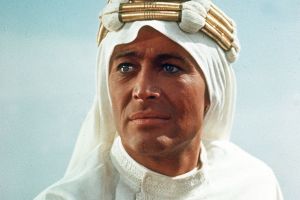 When other soldiers talk about Bergdahl, it doesn’t sound like they hated him. They just thought he was kind of nerdy, maybe an oddball. One describes him as a “fact-driven dude.” The problem is Bergdahl couldn’t differentiate facts from fantasies. He was a little delusional.

Bergdahl had a serious friend crush on his senior drill sergeant. He was what Bergdahl thought every soldier should be, and the rest of the troops came up short in comparison. I’m not implying that there was anything creepy going on here. Bergdahl just really admired him. But after basic training, things went downhill for Bergdahl. Sergeant Wolf explained that they were not going oversees to pillage Afghan villages, and he made a joke that when he joined the army he did it to rape and kill. This really offended Bergdahl. (I mean, yeah, it’s a pretty offensive thing to say.) But I guess this comment was meant to be taken lightly.

The military strategy in place when Bergdahl’s unit got to Afghanistan is called COIN, and it was coined by–wait for it–General David Petraeous. I will never not associate General Petraeous with his “pen pal” Paula Broadwell and the scandal that ensued (re: No Country for Old Penis). VH1 should make a General Petraeous edition of Where Are They Now?. I would love to know how Jill Kelley is doing. But Sarah Koenig doesn’t even mention this because clearly she is a more focused woman than I.

Bergdahl might have been a little “off his rocker,” as they say. He thought the place they were staying in Afghanistan was too comfortable, so he took the mattress off of his bed and slept on the springs. Bergdahl saw himself as a warrior. He wanted his military experience to reflect what he had seen in the movies. Basically he wanted to be led into battle by Gerard Butler to fight the Persian god-King Xerxes with 299 other Spartans. TONIGHT WE DINE IN HELL!

Some soldiers from Bergdahl’s unit tell Koenig about a pretty terrifying experience where a bunch of their IEDs (basically really tricked out tanks) exploded on the side of a steep mountain and they were stranded out there for days while they waited on orders from the U.S. army. Apparently there is a rule in the military that you can’t leave any equipment on the field, so these guys had to wait with their unusable tanks, instead of going back to safety. They didn’t have supplies, clean clothes, or razors, which they were all kind of worried about because shaving is really important in the army. Oh, by the way, they were also ambushed by the Taliban.

Then, after going through all that, when they finally made it back to their camp, the soldiers were reprimanded for not shaving, of all things. The other guys shook it off, but not Bergdahl.

A similar situation took place when Bergdahl’s unit was assigned some physical labor that required them to work in the heat for long hours. They removed their helmets and some layers of their uniform to cool off, and someone took a photo. Sergeant Wolf was pissed, and made a scene about the troops being out of uniform. Again, Bergdahl took this personally. No one knew it yet, but he was a ticking time bomb.