So here’s the thing- I’ve always kind of considered myself a performer. You know, just waiting for my big break. Back in the day, I was always in dance recitals, school plays, a few piano concerts, the occasional Shakespeare recitation, and, okay, I’m just gonna throw it out there, I have a few pieces prepared that I can perform on the spot, just in case I meet a casting director in an airport or something. I can see it now… “Now boarding all passengers in rows–” “Don’t mind her! Act 1, scene 3, The Merchant of Venice. Signior Antonio, many a time and oft in the Rialto…” 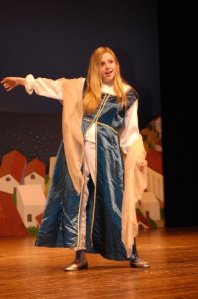 Naturally, I thought it would be a good idea to go to a pièce de théâtre while I’m in Paris. You never know what Parisian directors might be lurking in the audience, thinking that I perfectly fit the description they had in mind for their next female lead… Just kidding, but I did go to le Théâtre de la Bastille last week to see a play called “Le Signal du promeneur.” 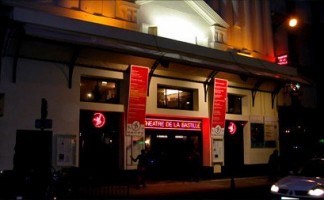 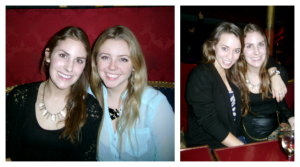 I don’t even know how to begin to describe this play. It starts out pitch black, and then a man comes out carrying a large boulder. Then several more men come out, wearing rain coats with their hoods up, and they gather around this boulder. Keep in mind that it is still pitch black, minus their headlamps. Oh yeah, did I mention that they were wearing headlamps? So then a potted plant is lowered from the ceiling, of which the symbolic meaning is (literally) over my head. Suddenly, a red heat lamp comes on and you see a man eating a hamburger. Artsy. From this point forward, shit only gets crazier. They get naked; they put on costumes, sometimes covered in feathers (talk about fowl play); they jump off chairs; they get naked again; they hum; they chant; they sing; they fight. It all entails lots of yelling and screaming. In other words, 2 hours of chaotic nakedness. 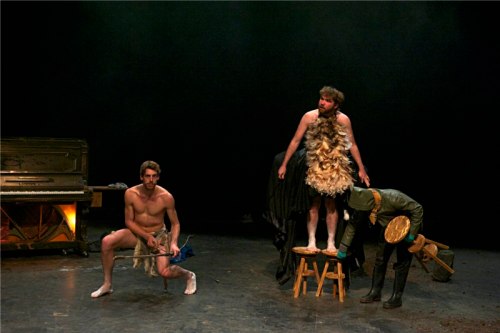 If I had to describe the overall ambiance, the closest I could get is Freddie Prinze Jr.’s hacky sack scene in She’s All That. “Everyone’s watching! Don’t let it drop!”
Like I know there is an intensity and coolness about this, I just don’t get the overall meaning! Or maybe there is no overall meaning… But what would that mean?!

Anyway, the play must have been really good because it got a standing ovation, and the French don’t cheer for just anybody.

This entry was posted in Paris. Bookmark the permalink.