Serial S2 E5 Recap: That sounds like a personnel problem.

Think about your favorite hole-in-the-wall pizza place, the one you order from every week. Imagine that it suddenly becomes popular. You don’t even have to convince your friends to eat there anymore so that you have someone to talk to about it. They all love it as much as you do.

But then something changes. Maybe the chef can’t handle the pressure of millions of customers and takes on too big of a menu. Maybe the way she used to make the pizza was sort of illegal and now that she’s famous she has to follow the rules. Or maybe the pizza just doesn’t work without the ingredients she used last time. Either way, the quality isn’t as good as it used to be. When Thursday comes around, you aren’t even excited about your weekly pizza anymore. Sometimes it takes you a whole day to finish. Your friends are like, “Lucy, why did you make me order this? This pizza sucks!” You keep eating it anyway, though, in hopes that one week it will taste the way you remember it.

Then one Thursday morning–with no notice–you call to order your pizza, and they say that they’re only delivering every other Thursday now. The chef says she is going to start getting better ingredients from people who really know about pizza. The ingredients are going to be so good that it’s going to take her two weeks to collect them all. But she promises it will be worth the wait. Two weeks later, your pizza shows up. You wake up 30 minutes early so that you can walk to work and eat it during your commute. That’s how excited you are.

But guess what? It’s the same old, boring pizza as last week. What gives, Koenig? What’s the point in talking to these pizza experts if they aren’t going to give you the secret ingredient? “Before I put the pizza in the oven I added something…I can’t tell you what it was…but that’s how I got it to come out this way.” It’s so disappointing that you don’t even want to talk about it, let alone recap it on your blog.

If you haven’t caught on by now, this isn’t really about pizza. It’s about Serial. Season 2 just isn’t doing it for me. Maybe the lack of motion in this season of Serial mirrors the stagnancy of Bergdahl’s situation. The U.S. can’t just start kicking in doors in Pakistan, looking for one soldier who wandered off. He’s stuck.

Episode 5 begins with Kim Harrison, a friend Bergdahl listed as his emergency contact in his Army paperwork. This is why you need to think long and hard before you put down your pothead college roommate or your grandpa who doesn’t know how to check his voicemail.

Harrison, who lives in Portland, goes to the police to file a missing persons report. I know. What were the local police of Portland, Oregon, going to do–put Bergdahl’s photo on milk cartons? Harrison’s goal was to get permission from the Department of Defense for a “yellow notice” so that Interpol could get involved in the investigation. Her request was denied, but Harrison wasn’t going to take no for an answer. She was ready to fly to Afghanistan and find Bergdahl herself if she had to, because apparently this chick thinks she’s Liam Neeson. How do you say, “I will look for you, I will find you, and I will kill you” in Pashto?

But really, Kim. What were you going to do when you got there? Do you know anyone in Afghanistan? Do they have Airbnb in Mest?

It never came to that because the CIA confiscated Harrison’s passport. But somehow–the details are top secret–Harrison got her name and number to a guy who knew the Taliban. Didn’t Sarah Koenig do that too? Are we all just 6 degrees away from someone waging jihad? So this man calls Harrison up and she has no idea what he’s saying, but she manages to give him her email address. This might be the most impressive part of the whole story. It’s hard enough to relay your email address to a native English speaker.

I can only imagine spelling my name for someone who speaks Pashto. But a few minutes later, a new message arrives in her inbox. It turns out this man is willing to hand over information on Bergdahl’s whereabouts in exchange for bringing him and 8 of his relatives to America. Maybe no one in the CIA has enough frequent flyer miles to bring 9 people over from Afghanistan, but this deal falls through.

Koenig also talks to two women who do PR for Central Command in Tampa, Florida. FYI, PR stands for “personnel recovery” here. I’m asking everyone who says they work in PR to clarify from now on. Andrea and Michelle–“not their real names”–bring kidnapped people home from Afghanistan. Why Sarah Koenig insists on making up fake names for everyone is beyond me. Why not just say you spoke to two women? Do you make up names for every stranger whose name you don’t know? “A homeless man named Jonathan–not his real name–asked me for money on my way home today.” Cool, I would have never been able to keep up with this story otherwise.

Their main obstacle is that hostage recovery just isn’t at the top of the CIA’s agenda. One of the women–I’m going to call her Susan because we already know her name isn’t Andrea or Michelle–used Johnnie Walker Black Label and beef jerky to bribe a general to meet with her. Beef. It’s what’s determining whether or not American POWs return to their families. I’m sure that the epic shitstorm of requests and threats the CIA has to deal with on a daily basis is so beyond my ken that I wouldn’t even be able to wrap my head around it…but that’s kind of unacceptable. Get a better system for what makes it into the powerful peoples’ little black books.

In his classic, self-deprecating form, Bergdahl says he understands why not everyone wanted to look for him. He thinks the search should have been on a volunteer basis. After all, it’s not their problem he’s missing. Well, that’s very noble of you, Bergdahl. But for the record, I want everyone and their grandmother to come looking for me if I’m ever abducted by the Taliban. Nothing voluntary about it.

At the end of the episode, Sarah Koenig hints at a scandal. All I can say is she better deliver. 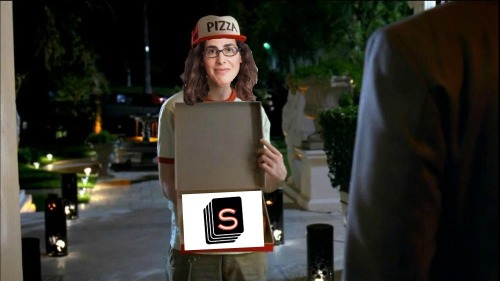