That’s right, the post you’ve all been waiting for… 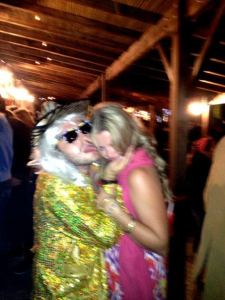 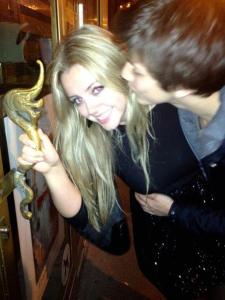 The whole courting process is way different here. First of all, French guys are much more forward. Aux Etats-Unis, strangers rarely compliment me, whereas en France, it’s all the time! “Do you have a cigarette? No? Well you’re really pretty anyway.” “Do you know what time it is? Thanks, also you’re beautiful.” Living in France is the biggest confidence boost since going to Dollywood on a Saturday.

To demonstrate the differences, I would like to tell you a story about a friend of mine, let’s call him Jacques, for the sake of confidentiality. So Jacques and I meet these guys that we think seem fun, and we go to a bar with them. One of these guys, let’s call him Henri, is totally cute but has been talking about how he has a girlfriend blah blah blah. So I’m mid-Frenchy-flirt with one of Henri’s friends, when, tout de suite, I look up to see Henri and Jacques KISSING across the table in front of me. And I don’t mean a little peck, I mean a vraiment French kiss. So obviously we’re all, “Henri, WTF was that?” and he’s like, “It seemed right in the moment.” OKAY. Profitez bien, y’all.

There are plenty of ways to meet French guys. Kat, for example, likes to win les coeurs of Frenchmen by impressing them with how she can steal objects nearly twice her size, like a television set. 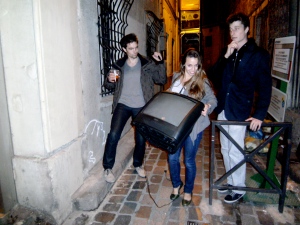 A less drastic way might be at a café or bar.

Also, they insist that our super American accents are très adorable (though I have my doubts).

Oh, and, when it comes to les hommes français, one last thing to remember…

Age is just a number baby 😉

This entry was posted in Paris, Salopes Aiment Ceci. Bookmark the permalink.