Serial S2 E4 Recap: Keeping Up with the Taliban

On Thursday, Sarah Koenig said bye weekly episodes in favor of bi-weekly episodes. She made a similar pun on the podcast but it fell flat. Sort of like when I was dating an Indian guy and I went out on a limb with “sorry I’m not sari” and he didn’t get it. It’s a joke meant for print.

Koenig also recently spoke out against people who accuse her of being in love with Adnan Syed. I see why that might be offensive, but come on, Koenig. Can you really blame us for wondering if you wanted to taste that forbidden fruit? Isn’t it every little girl’s dream to fall in love with a convict and then draw enough attention to his case through a Peabody Award-winning podcast that he is granted a new hearing and released just in time for your fairy tale wedding? It’s the premise of, like, every chivalric romance.

Plus she’s gotta give the public some credit for refraining from saying she wanted Adnan in her “kuchi tent.” It’s what everyone was thinking the second she said a word that sounds like “cootchie” on an NPR podcast. And anyone who says that isn’t what they were thinking is a liar. But I guess I should recap last week’s episode now.

In episode 4, Koenig admits that, in spite of understanding what Bergdahl says, she has no idea what’s going on. Yeah, join the club. When is this story going to start moving in a clear direction? What are you trying to unveil through this season of Serial? The problem is that Bergdahl is just as in the dark as we are. Really. He was in a dark room or even blindfolded half the time. We’re seeing the Taliban through Bergdahl’s eyes, and Bergdahl’s eyes were covered. That’s where David Rohde comes in. 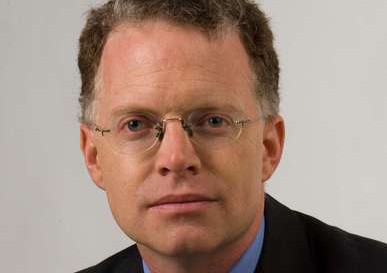 David Rohde is a New York Times reporter who was kidnapped by the Taliban in November of 2008, along with a local reporter, Tahir Ludin, and their driver, Asad Mangal, near Kabul, Afghanistan. As a journalist, Rohde has an eye for detail and experience extracting useful information from complicated situations. Plus he had two Afghan people with him who could talk to the guards and translate.

After Rohde, Ludin, and Mangal were abducted, they were forced to walk over the mountains to the tribal area of Western Pakistan. In spite of the connotations of the word “tribal,” the Taliban mini-state where Rohde was held was bustling with pedestrians and even children. Its infrastructure included roads and markets. Koenig’s description sounds like an issue of Us Weekly. “The Haqqani–They’re Just Like Us!”

But for a village like this to exist, these militarized tribes have to appease the local police. Even Rohde, who has witnessed their interactions first-hand, struggles to explain the dynamic. The Haqqanis are a Pashtun family headquartered in Pakistan. In 2011, the New York Times described them as “the Sopranos of the Afghanistan war.” From what I can gather, the Pakistani police put up with the Haqqanis because they mitigate relations between the government and Afghanistan–as well as the rest of the Taliban–and they keep Pakistan’s other neighbor, India, from taking over. The relationship between the Haqqani network and the Pakistani government isn’t Facebook official, but if it were, the status would be “It’s complicated.”

While in captivity, Rohde and the other two prisoners moved around from house to house. Rohde doesn’t think this was part of a strategy to stay hidden as much as it was due to the fact that families got tired of dealing with them. Yes, I can imagine that housing captives during a time of war might wear on you after a while. Let it be known that prisoners of the Taliban never overstay their welcome!

In June of 2009, after 7 months of imprisonment, Rohde and his allies escaped during the night by climbing a 10-foot wall. Rohde worries that the pleasant(ish) conditions of his captivity, paired with his successful escape, might be part of the reason Bergdahl was treated so poorly. In spite of the conditions of his capture–the worst known treatment of an American POW since the Vietnam War–Bergdahl repeatedly attempted to escape, and he survived without losing his mind. Koenig promises that in the next episode she will “zoom out” to give us a better idea of Bergdahl’s big picture.

This entry was posted in Reel Life & Recaps, Serial. Bookmark the permalink.